​Who will take responsibility for feeding the hungry when the state is broke and the churches are empty?

The north-east of England now hosts an extended and embedded network of foodbanks. Food insecurity and emergency food aid are not new to the area but foodbanks have brought their own particular forms of relief and their own particular sets of challenges. Their national counterparts have been accused of obscuring the structural causes of food insecurity, are our local foodbanks guilty of the same? Do they alleviate the government of its responsibility to provide its citizens with reliable, healthy, and socially dignifying food? Or are they freeing the workshy and unreliable from the consequences of their actions?
​
This one day conference will bring together food aid specialists in British civil, religious and academic life to discuss the UK’s foodbank movement.  The day will focus on the intersection and overlap of the politics of foodbanks with the religious ideas which fund and inform many foodbank founders, hosts, clients, and volunteers. What’s more, we will ask: what does the foodbank movement tell us about the state of British religious life? What is the next step for religious communities which are invested in ending food poverty locally and nationally? And, if the resources and capabilities of the Christian churches (along with other religious groups) in the UK continue their trajectory of decline, and the state continues to act out a toxic mix of negligence and apathy, then who is going to make common cause with the poor in the UK to come? Or, alternatively, can we still legitimately hope for a Britain beyond hunger? 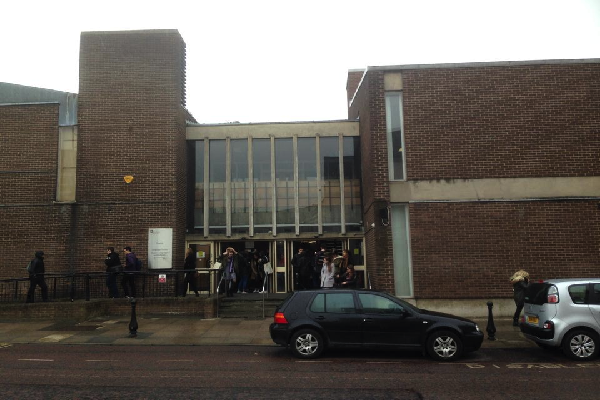 'Hope and Hunger' is happening in the Elvet Riverside lecture hall complex on New Elvet, and can be easily accessed by car and rail. Lunch will be served in St Chad's College, South Bailey Road, five minutes walk from the conference venue. Further directions will be provided.

Durham city centre is only two miles from the A1(M). Leave the motorway at Junction 62 on the A690 Durham - Sunderland road and follow signs to Durham City Centre.
Durham is 264 miles from London, 187 miles from Birmingham, 125 miles from Edinburgh and 67 miles from York.
There are several express coach services daily from most major cities. Durham is well served by both regional express services and the local bus network. From the city bus station - a short walk from the railway station - a bus service runs every 15 minutes past the Colleges on South Road.

60 InterCity trains from most major centres in the country call at Durham daily including 14 trains from London. The National Express high speed service takes under 3 hours from London King's Cross on the main East Coast line. First Transpennine Express offers frequent links to Manchester, Sheffield and Leeds, while Cross Country links Durham directly with Scotland, the Midlands, and the South West.
Durham is just over 3 hours from Birmingham, 2½ hours from Manchester, 1½ hours from Edinburgh and 45 minutes from York.
A taxi will take you from the station to the Theology and Religion faculty on Palace Green in about 5 minutes and you can walk to the city centre in 10 minutes.